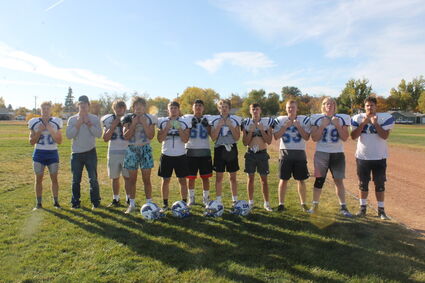 Forget about the NFL tonight because if you want to watch Thursday night football, you can head on down to Blue Pony Stadium where the Havre High football team will play Laurel. Not only will the game be the Blue Ponies' final game of the regular season, but it will also be their senior night, so excitement should be in the air tonight with the Laurel Locomotives coming to town.

"I think it's going to be really competitive and I'm excited to have our senior night. To celebrate our seniors in front of our home crowd. It's going to be a great night for football," HHS head coach Jake Eldridg...