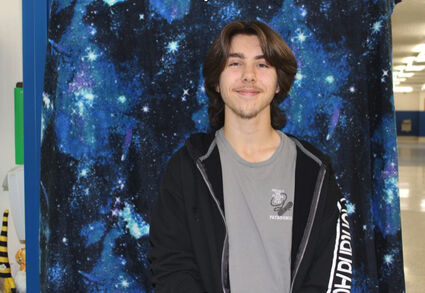 Greyson Brady is a Havre High School student of the month for October, 2022.

He is the son of Charlie and Kami Brady.

Grey is a junior who is active in HHS concert, marching, jazz and pep bands, A Capella choir, Men's Ensemble of Awesomeness and Hi-Liters. He also participates in MAT productions, plays on the Hi-Line United Soccer Team and participates in community music events.

Todd Remus, who nominated Grey, said, "Greyson is the epitome of what a high school student should be. Not only is he ranked highly in his class, he is involved in extracurricular activities, including marching band and choir. In media class, he always shows up on time and prepared, getting right to the project he is working on. So far his media projects, video diary, slide show, storyboards, have been far and away some of the best projects in the two years I have been teaching Media I and II."

After graduation, Grey plans to earn a degree in music technology, then write, record, release and perform his own music.

Marlee Thiverge is the other Havre High School student of the month for October 2022, 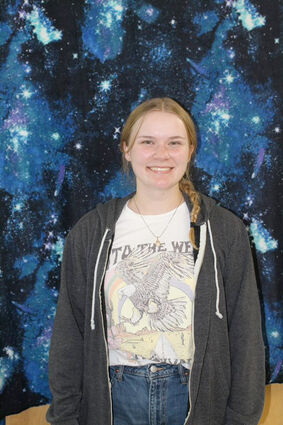 She is the daughter of Tyson and Stephanie Thivierge and has an older brother, Orion.

Marlee is a junior who is active in band and choir and also participates in theater.

Heather Haney, who nominated Marlee, said, "Marlee is a responsible, conscientious and motivated student. She always completes her work to the highest standards and does so with a smile on her face. Marlee has an outstanding attitude, is a joy to have in the classroom and is a positive role model to her peers. Thank you, Marlee, for your incredible work ethic, positive attitude and great sense of humor."