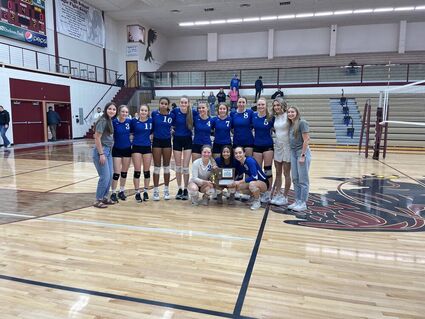 At the Eastern A Divisionals in Sidney this past weekend, the Havre High volleyball team finished second in the tournament. With their finish, the Blue Ponies qualified for the state tournament in Bozeman this week.

It was an up-and-down weekend for the Havre High volleyball team at the Eastern A Divisionals in Sidney. After a tough loss to Hardin early in the tournament, the Blue Ponies won three straight matches to qualify for the state tournament.

The Ponies wound up in the championship match where they once again faced Hardin. Hardin defeated Havre in three sets (25-17, 25-23, 27-25) to win the Eastern A Divisional title, but HHS head coach Stephanie Huse liked how her team responded to adversity over the weekend.

“There were physical and mental challenges that were put in front of us and I t...