Providence wrestlers get better of Northern on the mats 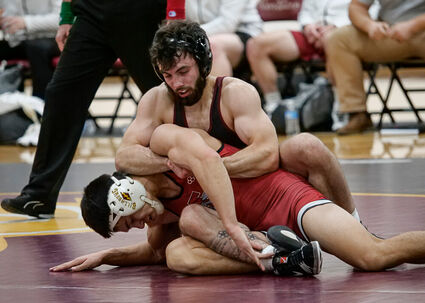 Northern's Martin Wilkie wrestles against North Idaho College at Armory Gymnasium earlier this season. On Wednesday night in Great Falls, the Lights lost, 28-10, in a dual against the University of Providence. Wilkie was one of three Northern wrestlers to win their matches on Wednesday night.

The Montana State University-Northern wrestling team has been off to a strong start to the season. Looking to keep up their hot start, the Lights went down to Great Falls for a dual against the University of Providence Wednesday night. But the Argonauts took advantage of their home mats as they defeated the Lights, 28-10, in the dual.

"The Argos looked better tonight and they were definitely coached better," MSU-N head coach Tyson Thivierge said. "We're now on to the next competition."

The dual started with a match between Tanner Cook and Deven Altenburg-Lasher, who wrestled each other...