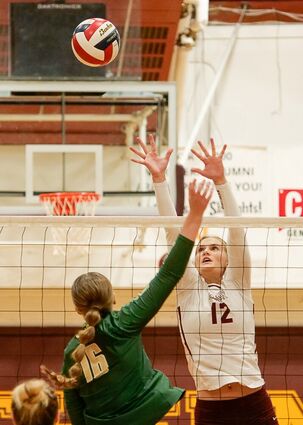 The Montana State University-Northern volleyball team saw a good season come to an end Friday afternoon as the Skylights fell to Providence in the first round of the Frontier Conference Tournament in Butte.

And yet, it was a strong season as the Skylights won 11 matches and finished fourth in the Frontier’s regular season.

Northern also had a First-Team All-Conference performer in junior middle blocker Alana Graves, who was named All-Conference Friday. Graves finished the season with 205 kills, 78 blocks and 77 digs for the Skylights.

Northern’s Macee Murphy was also named to the Fr...