In the fourth straight trip to the semifinals, Big Sandy finally broke through to make it to the state championship. 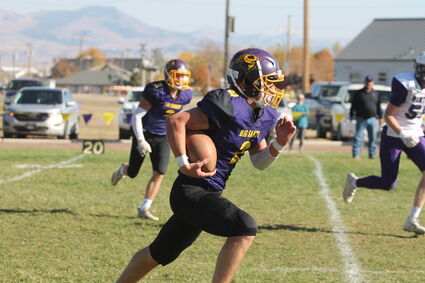 Rusty Gasvoda and the Big Sandy Six-Man football team will look to finally win a state championship this weekend when they host Broadview-Lavina. This Big Sandy senior class has seen success through the years with four straight trips to the semifinals, but they finally broke through this year to make it to the championship game.

It had been a long time coming for the Big Sandy Six-Man football team. After years of making it to the semifinals, the Pioneers finally broke through this past weekend to advance to the state title game. Now the Pioneers will be tasked with another goal they have been looking to accomplish over the past few years: a state championship.

"That's been our goal for the last three years so we just have to stay focused to accomplish that goal," Big Sandy senior Rusty Gasvoda said.

This senior class has led the Pioneers to success over the past few years. In each of the past three seasons, th...