Lights return to the mat with Sunday's Spokane Open 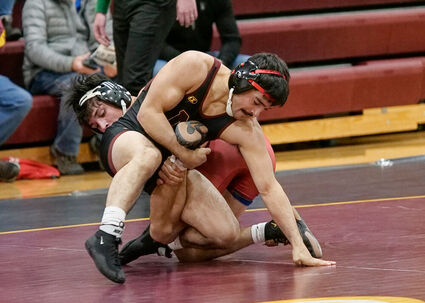 The Montana State University-Northern wrestling team returns to tournament action this weekend when the Lights travel to the Spokane Open in Spokane, Washington. Northern is on a lengthy portion of its schedule where the Lights are away from home. MSU-N doesn't wrestle in the Armory Gymnasium again until Feb. 4.

It's time for the Montana State University-Northern wrestling team to get back on the mat. The Lights will compete this Sunday at the Spokane Open, a tournament they've had plenty of success at in the past.

The No. 18 Lights (new NAIA Coaches Poll comes out later today) are ranked third in the Cascade Conference currently, with the new CCC individual rankings realized on Tuesday.

Northern's lineup includes 125-pounder Tanner Cook ranked eighth in the CCC, while Colin Silverthorn is ranked fifth at 141. Martin Wilkie is off to a dominant start this season, as he's ranked second in the conf...