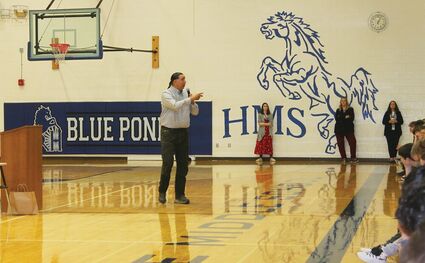 As part of Native American Heritage Month, Havre Middle School students gathered for an assembly Monday afternoon to hear from Terry Brockie of Fort Belknap, a former Blaine County superintendent of schools, about his people's spirituality, language and values.

Brockie said he has heritage from a few different tribes, as well as a non-Native American ancestors and he thanked the district for inviting him to talk about some aspect of his Native culture.

He talked about his people's philosophy of staying connected to the natural world and its history, recalling various parts of the local ar...