George Ferguson: Montana State is dominating the Cat-Griz rivalry off the field as much as it is on it right now, maybe even more so 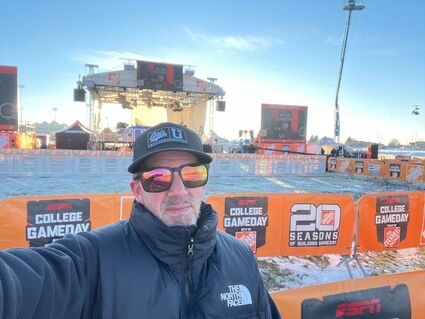 The set of ESPN College Gameday on the eve of the 121st Brawl of the Wild, which the Bobcats won 55-21 Saturday in Bozeman.

Aside from being pretty cold, no matter how well dressed I was, I emerged from the Brawl of the Wild without a scratch. That's because I don't play, so while the game, for Griz Nation, was atrocious, fans really don't have much choice but to move on.

By the time I got to my car to head home, I was just glad to get warm. Other than that, the Griz got destroyed. The Cats demolished them in every phase, from coaching on down. It was a dismantling in the Cat-Griz game like none of us have ever seen before.

And in the immortal words of Forrest Gum...