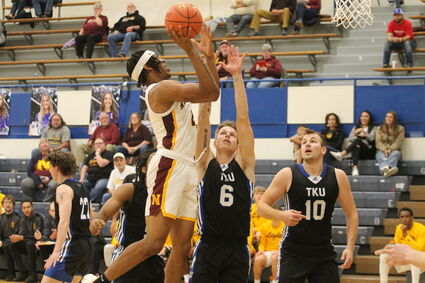 On Thursday night in Great Falls, both the Montana State University-Northern men's and women's basketball teams played against the University of Providence to begin their Frontier Conference seasons. While both teams played tough games against the Argonauts, the Skylights could not complete their comeback as they lost, 66-59, while the Lights fell, 82-77, in double overtime.

In their game, the Lights went back and forth with the Argos. Through most of the first half, the Lights and Argos often exchanged points and the lead. But with the game tied, 26-26, late in the half, the Argos went o...