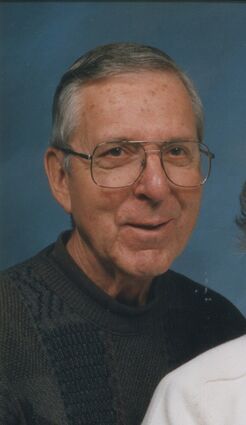 Cremation has taken place, and a celebration of his life will take place next spring.

Jim's family has suggested memorial donations be made in his memory to the Friends of Beaver Creek Park or the charity of the donor's choice.

Please visit Jim's online memorial page to send a card or leave a message of condolence for his family at http://www.hollandbonine.com .

Jim was born July 18, 1933, in Plentywood to Thomas and Lenore (Reiger) Welter. He was raised in Plentywood, graduating from high school there in 1951. Jim attended Northern Montana College.

In 1953, he married Delores Parks. The couple settled in Havre where they raised their three children. There, Jim worked for the Great Northern Railroad before beginning his career with what is now Bear Paw Credit Union. He retired after 31 years as manager there.

Jim was a hard-working man who was a member of First Presbyterian Church in Whitefish and Havre, the Masons, Elks, Eagles, Boy Scouts, and the PTA, where he served as president. He was a member of the Odd Fellows, serving as the state grand master and the treasurer, and served as president of the Montana Credit Unions. Jim coached the Lions' Club diving team and held a pilot's license, flying single engine planes.

He was preceded in death by his son, William "Butch" Welter in 2021; parents, Thomas and Lenore Welter; and brothers Jack and Roy Welter.