Montana State's season comes to an end with loss to Jackrabbits 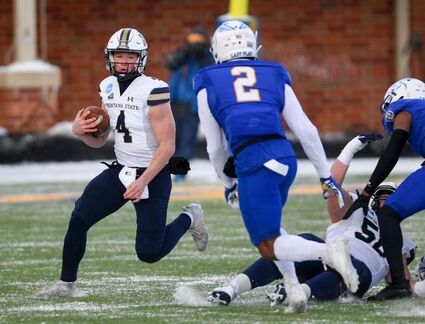 Montana State's Tommy Mellot runs the ball against Jackson State on Saturday afternoon. The Bobcats suffered a 38-19 loss to the Jackrabbits in the semifinals to end their season.

The Jackrabbits scored on every possession in the first half to build a 28-9 lead and cruised to its second national championship game appearance in the last three seasons. SDSU lost to Sam Houston State in the spring of 2021.

South Dakota State's FCS leading rush defense put the clamps on what had been the nation's top rush offense, holding MSU to 52 yards on the ground. It was the Bobcats' lowe...