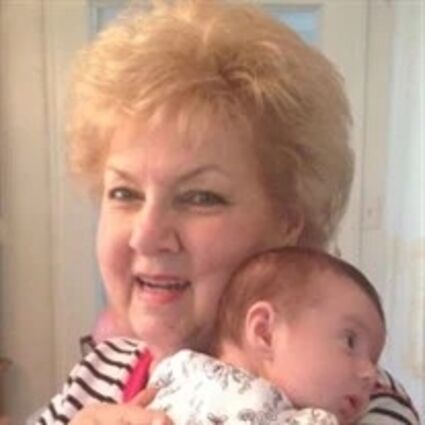 Barbara was born October 11, 1940, in Havre, Montana, to Ervin Haas and Annie Elizabeth Lincoln, of Rudyard, Montana. She grew up with her two older brothers, Jack and Charles, on the family farm, where they developed their hard work ethic, which was a signature quality they carried throughout life.

After graduating high school, Barbara attended Montana State University, where she earned her nursing degree, becoming a licensed registered nurse. While attending a Bible Study she met her future husband, Dr. Edward L Daniel. Upon first sight, Barbara mentioned to her friend, that's the man I'm going to marry. Sure enough, they were married June 7, 1975, and moved to Mobile, Alabama, shortly after. In 1980, they had their first child, Edward Bryan, followed in 1982 by the birth of their second child, Aimee Elizabeth.

Barbara continued nursing throughout her professional career, serving as head nurse for Spring Hill Memorial Hospital in Mobile, Alabama, for many years before retiring as a home health nurse in Fairfield, TX. After retiring from a long nursing career Barbara and Edward enjoyed life on their farm in Fairfield, punctuated by occasional trips to Van Cliburn concerts, ice skating events, the Winter Olympics, and Mountain West vacations to destinations such as Glacier and Yellowstone National parks. But what brought Barbara the most joy was being around those she loved and serving them in any way she could.

She is survived by her husband of 47 years, Dr. Edward L Daniel, Bryan Daniel (her son), Aimee Elizabeth Daniel-Acree (her daughter), Robert Acree (her son-in-law), Calame Faye Acree and Lincoln Daniel Acree (her grandchildren), and her oldest brother, Jack Lincoln.