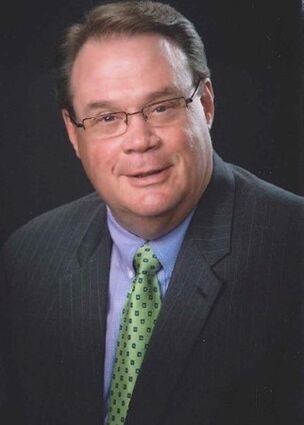 Stephen Paul Clawson, age 67, passed away unexpectedly with his loving family by his side Saturday, December 3, 2022, from complications due to open heart surgery.

Steve was born November 12, 1955, in Great Falls to Twila (Bergh) and Keith Clawson. He and his twin sister, Kayce, were born prematurely and not expected to live. He weighed 3 lbs., 14 oz. When Steve reached his adult height of 6'4", his mother wished their pediatrician could see him!

The family moved to Havre in 1956, where Steve grew up. He graduated from Havre High School in 1974. Steve was active in football and basketball early on in high school, but he gave them up for speech and debate. This decision served him well throughout his life. He was also on the golf team, having taken up the game at the age of 8. He loved the game and played his entire life, teaching Nancy and his children. Although he was a very good golfer, he enjoyed playing with everyone of all skill levels. Patient and kind, he liked giving pointers. His favorite place on earth was Buffalo Hill Golf Club, where he had so many fond memories of playing with his children.

Steve met Nancy McNair during their sophomore year of high school. They were married July 7, 1979, at St. Jude's Thaddeus Catholic Church in Havre. Steve and Nancy shared 43 precious years together and were blessed with three children: Keith, David, and Lindsay.

Family meant everything to Steve. Steve and Nancy were a team in every sense of the word. It's been said that while Steve never bragged about his family, he was very proud of who they were, and his face lit up whenever he spoke of them.

Steve attended the University of Montana his freshman year and went on to graduate from MSU-Northern in 1979 with a B.S. in Business Administration/Education.

His 34-year banking career began at Citizen's Bank in Havre, while he was still in college. He was hired in the Loan Collection department and was employed there for the next six years. He was an Assistant Vice President of Retail Banking when he left in 1984 to pursue an opportunity with Wyoming National Bank in Gillette, WY.

Steve held several positions in retail and business banking at Wyoming National Bank before being named Community Banking President in 1991.

Another promotion took Steve to Bozeman in 1995, where he became the Community Banking President for Norwest-Bozeman and Livingston.

Steve announced his retirement from banking in April of 2012, effective December 2012; although, he did return temporarily to Wells Fargo in 2014 to help out as a Senior Relationship Manager.

Steve never intended to stay retired, and he took his time searching for a new career. That opportunity presented itself in Missoula in 2015 when Steve was hired by NorthWestern Energy as the Community Relations Manager for the Western Montana Service Area, which included 12 communities. Steve was a perfect fit! He loved his job, the people he worked with, and his community. He often joked that he might never retire!

Steve was loved by everyone who knew him. He was a genuinely kind and caring person. He was a big man with a big laugh and an even bigger heart, and his presence was felt every time he entered a room. Steve was smart and a good listener and problem solver, always seeing the bigger picture. He was happy and had a positive attitude and a great sense of humor. He was a wonderful friend, mentor, and boss. But most of all, he was the best husband and father anyone could have ever had.

Not many can say they made a difference in every community they lived in, but that was Steve. Although his career was about community involvement, he would have been involved on his own, a legacy passed on to him by his dad. Steve served on countless boards and organizations. He was the president of his homeowners' association. He was a Rotarian and received the Paul Harris Fellow Award. Steve was a 2005 graduate of the inaugural class of Leadership Montana. He was a past Chairman of the Board of both the Missoula and Kalispell Chambers of Commerce. Steve was the co-chair of the Missoula Chamber Governmental Affairs committee and was part of the Missoula Chamber Ambassadors. Steve had a long history of involvement in PACs and Community Affairs and served as the secretary of the NorthWestern Energy Montana Employee PAC.

Steve loved spending time with his family. He and Nancy enjoyed everyday life, and they did everything together. Steve was an avid reader, especially of history. He liked to watch all sports, especially golf, football, and college basketball. He enjoyed live Grizzly football and basketball games. He listened to rock, jazz, and country music. Besides playing golf, Steve enjoyed walking, biking, cooking, watching classic movies and following politics. He loved all of the dogs in his life.

Steve was preceded in death by his parents, Keith and Twila Clawson; in-laws Mac and Margaret McNair, and cousin Keith Clawson.

He is survived by his wife, Nancy; sons, Keith and David, and daughter, Lindsay, all of Kalispell; sister Kayce Grimsrud and Chris Flohr of Virginia; sister Nan and Kirk Miller of Helena; brother-in-law Dean McNair of Billings; several nieces, nephews, and cousins; and numerous friends.

Memorial services will be held in both Missoula and Kalispell in the spring of 2023.

Cremation has taken place, arrangements are under the care of Garden City Funeral Home and Crematory, Missoula, MT.