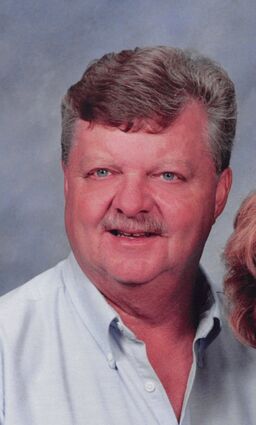 Gary John Crossler, 75, passed away Friday, December 30, 2022, at his residence of natural causes.

Cremation has taken place and services will be held at the Messiah Lutheran Church, Havre, MT, Saturday, January 7, 2023, at 11:00 a.m. Military honors will be held immediately after the church service. Holland & Bonine Funeral Home has been entrusted with services and arrangements. Please visit Gary's online memorial page at http://www.hollandbonine.com to send a card or to share condolences and memories with his family.

Gary was born October 29, 1947, in Biwabik, Minnesota, to Leo and Doris (Graham) Crossler. Gary's younger years were spent in the Sumner, Auburn, Washington, area with his parents. They moved to Barnum, Minnesota, during Gary's junior year of high school. He was a drummer in a band when he moved to Barnum and continued playing all through his high school years. They played at many high school dances and many community events.

He joined the Naval Reserve unit stationed in Duluth, Minnesota, and spent two years in his reserve unit while going to high school. Upon graduation from high school, he received his orders to go to Viet Nam, leaving January 11, 1967.

In his senior year of high school, he met the love of his life, Linda Arnson "Lynn" and they married December 31, 1966. He was stationed on the USS Pocono out of Norfolk, VA for three years, and Boston, MA, for one year. After his honorable discharge from the Navy, their first child, Shannon Lee, was born January 19, 1969. Gary moved his family to North Dakota (Minot), where he was employed with Boeing working on the missile sites, and then to South Dakota (Rapid City), also working on the missile sites there.

While on vacation in Montana he was hired by Montana Power as a lineman/electrician. Another daughter, Heather Rae, was born May 10, 1975. During that period of time his dad, who owned a bar in Townsend, became ill and could not work any longer. He bought his dad out and his mother and he owned and worked the bar for 13 years. He then sold the bar and moved to Missoula for a time, owning and operating Ole's Country store. After the sale of Ole's, Gary managed the VFW in Havre, MT, until his retirement.

Gary was an avid fisherman, and stellar hunter. He acquired many mounts, which his walls are lined with. Many hunting and fishing trips with his friends and family were many of the highlights of his life. He loved his classic cars also, but more than anything in life, he loved his wife, children, his four grandchildren and his two great-grandsons. Oh, how he loved and treasured each one! He had the patience of a saint and a wonderful sense of humor.

Being involved in the community was always important to Gary. He was a member of the Elks Lodge, Eagles, V.F.W. American Legion, Masonic Blue Lodge and Masonic-Shrine. He was a sponsoring Shriner for many children in Havre and along the Hi-Line to get them medical help at the Shriners Children's Hospital.

Gary was preceded in death by his parents and half-brother Jack Crossler.

Memorials in Gary's honor may be made to the Shriners Children's Hospital, 911 W. 5th Avenue, Spokane, WA 99204 ATTN: Donor Development, or to a memorial of one's choice.