Havre speech does well in Shelby 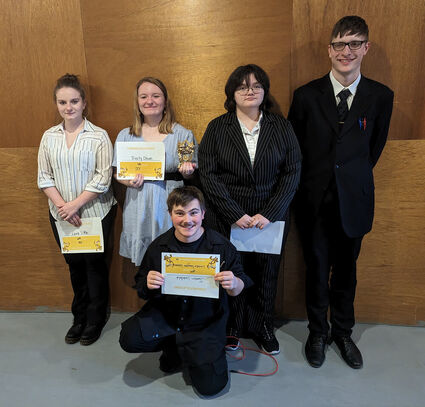 Havre High School speech and debate did well at an invitational tournament in Shelby Saturday, including bringing home the Class A team sweepstakes trophy.

"The students have been practicing and competing hard, and it showed this weekend," head coach Tim Leeds said. "We are in a good position going into divisionals."

Senior Sterling Shelton, a second-year Lincoln Douglas debater, broke into finals for a rematch against the undefeated debater from Simms who won a close match against Shelton in the third round.

Shelton debated well and received good comments from the judges...