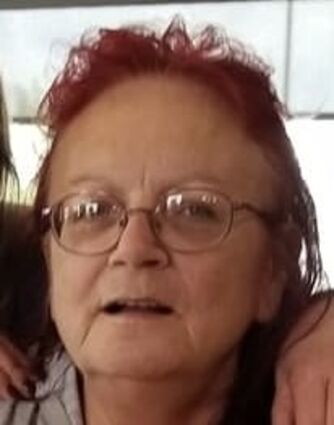 Linda (Collins) Azure passed away December 23rd, 2022, at Northern Montana Hospital after a battle with cancer.

Linda was born January 27, 1959, in Fort Belknap, MT, to Gerald and Louise (Pursley) Collins. She grew up in Rocky Boy and attended school in Box Elder. Linda lived her life on her own terms, evening trying to join the wrestling team at one point. After dropping out of school, she went to work in Big Sandy at the Convalescent Nursing Home and worked there until it closed.

Linda married Marvin "Skinny" Belcourt and had two children, Tina and Mike. After they divorced, she married Dave Azure but, unfortunately, they too divorced.

She spent the last years of her life with Edward Lewis and said that he was her true soul mate. Her greatest joy in life was her grandkids Calab, Amelia and JoJo and treasured the time she got to spend with them. We know she is watching over them from above.

Linda is preceded in death by her parents and sister Judy Faust.

She is survived by her daughter, Tina (Mike); son, Michael (Martina); grandkids; brothers, Larry Smathers, Eddy Collins, Dale (Linda) Collins, Tim (Laoma) Collins, Mark (Betty) Collins, and sister Becky (Lee) Odegaard; several nieces and nephews; and many friends. She will be missed by so many.

A celebration service is planned for January 27th at the Catholic Church in Box Elder starting at 11 a.m.