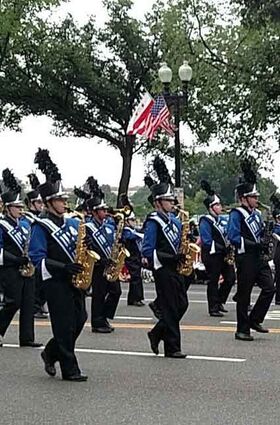 The band had raised money to pay for their trip to the nation’s capital after they were shocked earlier this year to learn that they had been nominated by Gov. Steve Bullock to represent Montana and selected by the national committee to march in the National Independence Day Parade.

The band members were decked out in new uniforms for the festivities. This was only the second time they had worn the uniforms — the first was in a dress rehearsal in Havr...