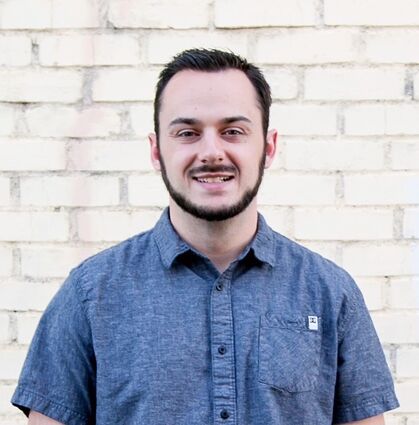 Hello everyone, My name is Kason Clark and I am happy to announce that I will be serving as the Havre Daily News sports reporter. I just moved to Havre from Exeter, a small town nestled in California’s Central Valley. This past week in Havre has served as quite the culture shock, as I’ve experienced more snow and sub-zero temperatures in a few days than I had in my entire 23-year life living in Central and Southern California.

It will take time getting used to, but I couldn’t be more excited as I begin to cover Havre sports.

My passion for sports developed in early high school. Before then, I didn’t care about sports at all. So it was quite a shock when I suddenly became obsessed. I watched every game that I could, I kept up with the scores and stats of every game, I researched sports history, and more. March Madness, college football bowl season and the NFL, NBA and MLB playoffs felt like Christmas. Yet, it wasn’t until about two years ago did I realize covering sports would be my goal in life.

In the meantime, I gained experience as a journalist throughout college. At the College of the Sequoias, I served as the arts and entertainment reporter and editor-in-chief of the school newspaper The Campus. At Cal State Fullerton, I served as the sports editor for two semesters at the daily newspaper, The Daily Titan. At Fullerton, I gained experience covering soccer, basketball, volleyball, baseball and several other sports, experience that will be valuable as I cover Havre sports.

When I originally got into journalism, I planned on becoming an arts and entertainment reporter to cover film and television. However, my goals changed after I covered the Fullerton men’s basketball team in the Big West Tournament. It was unlike any other event I had covered for my school papers: I could feel the passion, energy and emotion from the players, coaches and fans. Instead of feeling like I was working as I had with previous news stories, I had fun. I found the perfect blend of one of my greatest passions in sports and my talents as a journalist, a recipe for the perfect job.

The next semester, I joined The Daily Titan as an assistant sports editor hoping to ease myself into sports reporting. However, one of our sports editors quit, and I had proved myself capable of more responsibility so I was promoted to sports editor and served in that role until I graduated college this past May.

While the COVID-19 pandemic cut short my time covering sports at Fullerton. I still made plenty of memories beforehand. I got to walk the field of Dodger Stadium as they were hosting Cal State Fullerton one night. I covered an event where the late great Kobe Bryant talked about the children’s books he was writing. I covered the Fullerton women’s basketball team playing in the Big West Tournament without any fans, an unfamiliar sight in the early days of the pandemic.

Finding work after college seemed impossible, especially with the ongoing pandemic. Months went by until Havre Daily News’ George Ferguson offered me the right opportunity. He offered me the chance to do exactly what I want to do: gaining experience covering a variety of sports. I will get the opportunity to gain experience with sports that I didn’t have the chance to cover at Fullerton such as wrestling, swimming and even football. I hope that the experience I gain here in Havre will help me become a more versatile journalist.

Not only is Havre a great spot to cover a variety of sports, but Havre also has a passionate sports fandom. Throughout town, I see locals sporting gear supporting Montana State-Northern and Havre High. There’s a hunger for sports across here, and with my reporting, I hope I can help satisfy that hunger.

Living in Havre will be quite the adjustment for this California kid. But I wouldn’t have it any other way. I look forward to working for The Havre Daily News and covering Havre High School and Montana State-Northern sports, as well as all the different schools and sports in the area. I also look forward to getting to know the coaches, players, fans and people throughout the community as I move into this next chapter in my life.