Comeback after dark: Griz beat SEMO in a thriller 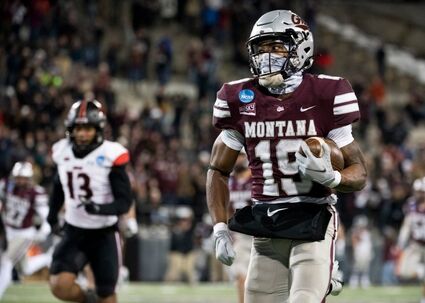 Montana's Malik Flowers returns a kickoff 80 yards for a touchdown during an FCS playoff game against Southeast Missouri State Saturday night at Washington-Grizzly Stadium in Missoula. The Griz scored 31 unanswered points to beat the Redhawks 34-24 and advance to the second round.

MISSOULA - The Montana Grizzlies pulled off one of the most improbable and historic comebacks in program history Saturday night, rallying from a 21-point third-quarter deficit to score 31 unanswered points, defeating Southeast Missouri 34-24 in the first round of the FCS playoffs.

With the Griz trailing 17-3 at halftime, head coach Bobby Hauck harkened back to his 2009 squad that rallied to score 47 second-half points to beat South Dakota State in the playoffs nearly 13 years ago to the day.

And like in that 2009 game, Montana's special teams provided the spark, with Malik Flowers doin...