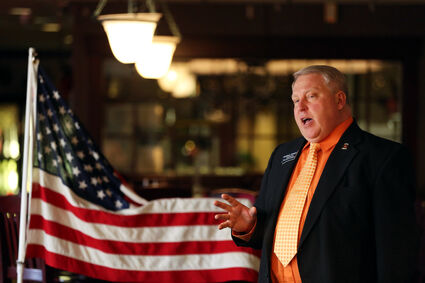 Editor’s note: This April 12 version corrects that Public Service Commissioner Randy Pinocci said during a meeting of North Central Pachyderm that he supported Senate Bill 331. An ealier version corrected the bill number of the legislation allowing NorthWestern Energy to purchase additional ownership in Colstrip for $1.

Montana Public Service Commissioner Randall Pinocci, a Republican from Sun River, addressed the future of energy including at Colstrip when he spoke in Havre Friday at a meeting of North Central Pachyderms.

He said he supports the bill and was working with NorthWestern and legislators to amend it to remove that problem. In a Public Service Commission vote he voted to endorse the bill, going against the recommendation of its analysts in a 3-1 vote to endorse the bill.

Commissioner Roger Koopman was to only vote in opposition to SB 331 on the all-Republican PSC. Commissioners Pinocci, Brad Johnson of Helena and Bob Lake of Hamilton all endorsed the bill. Billings commissioner Tony O’Donnell missed the vote.

Pinocci said at the Pachyderm meeting that he wants things changed but supports the bill.

"Even if the plant is closed early," Pinocci said. " ... I was for the Colstrip deal, long before I won election." However, he said, he was against its form because it took oversight away from the PSC.

"It did not allow me to tell NorthWestern Energy you can't raise the rates on us, unless you check with us," Pinocci said. "The bill stripped us of that power."

NorthWestern owns 220 megawatts of generating capacity in Unit 4 of the Colstrip plant, but nothing in the bill would prevent a utility from buying the entire plant and its full 2,094-megawatt production power.

"A large chunk of Colstrip is owned by Washington-based Puget Sound Energy, and other smaller chunks are owned by other companies around the country," Pinocci said.

Pinocci talked about how the future of coal can change quickly. 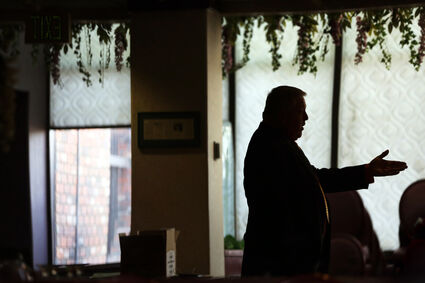 "President Trump was elected and is a strong supporter of coal energy," he said. "However, a Democrat could be elected in 2020 and would bring sweeping changes to the coal industry here in Montana."

Montanans have other options including natural gas, Pinocci said, but they aren't as cost efficient or readily available.

"Natural gas is really cheap, but it's a very volatile market," Pinocci said. "One turbine uses more gas in one month than what the entire state uses for the whole winter."

Another energy option for Montana is nuclear, he said,

"The reactor can be built safely and even underground, where nobody can see it as well as being built cos-effective," Pinocci said.

In order to get the best deal, Pinocci told everyone that they need to call their congressional members and get involved.