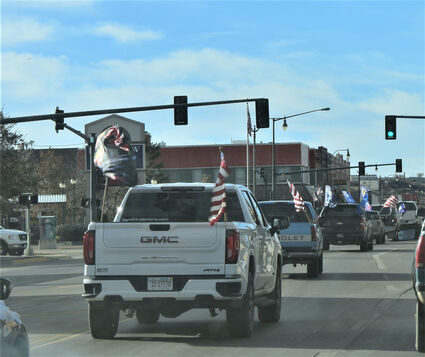 Sunday, pick-ups and cars filled the Republican headquarters parking lot with Trump flags waving before the vehicles paraded down First Street then looped down Fifth Avenue in support of incumbent President Donald Trump and other Republican candidates.

One of the participants of the parade was Havre Public School Board member Ed Hill, who is running against Democrat Krystal Steinmetz to be the Republican representative for House District 28.

"It looks like a pretty good turn-out today. I think there are quite a few people here happy and excited about the prospect of Trump being re-elect...