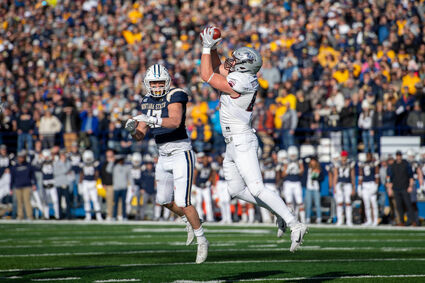 The 120th meeting between the Montana Grizzlies and Montana State Bobcats is scheduled to be played, just not in 2020. Wednesday, the Big Sky Conference announced a six-game 2020 schedule to be played in the spring of 2021. For Montana and Montana State, that means the rivalry will be played March 27, which will be the middle of special spring season, instead of the end. The 2020 Big Sky season was postponed due to the coronavirus pandemic.

There won't be a Brawl of the Wild in three weeks like there was supposed to be. But, if all goes according to plan in the Big Sky Conference, there will be two of them in 2021.

Wednesday morning, the long-awaited Big Sky Conference 2020 schedule, which will actually be played out next spring, was announced, with the Brawl of the Wild set to take place March 27 at Washington-Grizzly Stadium. Of course, a Cat-Griz clash in the spring is unusual enough, but the game will also be played in the middle of both Montana and Montana State's abbreviated season, something that hasn't happened in nea...