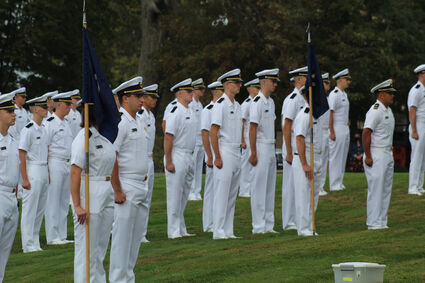 The U.S. Merchant Marine Academy Class of 2024 is sworn in.

KINGS POINT, NY - Cameron James Pleninger of Havre was recently sworn in as a midshipman at the United States Merchant Marine Academy and as a member of the U.S. Naval Reserve.

Pleninger was nominated by Montana's U.S. Sens. Steve Daines and Jon Tester, to attend USMMA, located in Kings Point, New York, and one of the nation's five federal service academies.

As part of his four-year education, Pleninger will spend one year training as a cadet aboard ocean going vessels. USMMA is the only federal academy where students train on commercial vessels traveling around the globe....