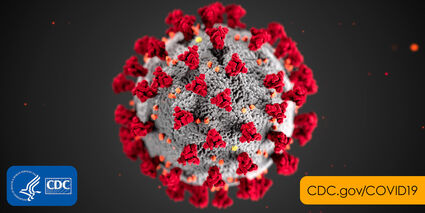 The Hill County Health Board held a pair of meetings last Friday at which Hill County Public Health Director and Health Officer Kim Larson provided updates on the COVID-19 situation in Hill County and amended her order to allow private sports organizations to operate if their infection mitigation plans are strong enough.

During the second meeting later Friday, community member Will Rawn said the health department should provide more information to the public about where the hotspots in the community are so that enforcement efforts can be more tailored.

"Let's say, hypothetically, 90 percent of cases can be traced to people who go to bars on Friday night," he said, "Then that's where we need to focus enforcement, then we can forget about all the violations that many of us are aware of about the masking mandate in businesses."

Larson said she understood his point of view, but the places people get infected are too varied to do anything like that and the health department can't show favoritism.

"The issue is, we're getting cases from all over because people are not staying home when they're sick," she said. "They're going to work and infecting people, they're going to events and infecting people, whether that's a sporting event, a funeral, a church service or a restaurant. It does make a difference if people are not wearing masks and not social distancing."

Larson said reducing spread needs to be a community-wide effort and people need to realize how easy it is to be exposed.

"At this point if you go out you can assume that you've may have been in contact with someone who has COVID and you may have been exposed so you need to watch for symptoms and we're doing our best to limit that exposure," she said.

She said the department is interviewing more potential contact tracers, having spoken to quite a few last week with three more to be interviewed today.

Larson said the department also started their collaboration with Bullhook Community Health Center last week which will help with testing people identified through contact tracing which will hopefully free up the flu clinic at Northern Montana Healthcare to better help the symptomatic and ill get tested.

She said she's also working on putting together a data sheet tracking how the situation has evolved for Hill County since March.

The health department, she said, has also spent much of this week working with Montana State University-Northern, as well as with Havre Public Schools.

Larson also reiterated the importance of close contacts being tested for COVID-19.

She said it is their right to say no to a test, but they should absolutely say yes because it allows the health department to see how far exposure in the community has gone or can go.

She also said it is important to make sure people get tested if they show any symptoms.

It's important that people know that COVID-19 doesn't always manifest all it's possible symptoms and that they are often mild, she said.

"It can feel like a cold, and I know that often times we try to push through and go to work because there are things that need to get done," she said, "But this year, is really not the year to do that. We need to be vigilant."

Larson said it's critical that people stay home when they are sick so as to not spread the virus.

With Thanksgiving coming up, she said, there is a chance that cases might spike again with people potentially bringing the virus home from somewhere else.

"I'm kind of holding by breath to see what happens two weeks after," she said. "We never know."

She said people looking to travel should do so safely by wearing masks when appropriate, social distancing, washing their hands often and so on.

Numbers down but still too high

Larson said that, as of Friday morning, cases in Montana are still increasing, though Hill County has seen some improvement.

That order reduced the size of any events to 25 people and limited restaurants, food courts, bars and similar establishments to 50 percent capacity.

The goal to avoid implementing the order was to curb the rate to 50 new cases per day per 100,000 residents, an average of slightly more than eight per day.

However, despite the improvement, Larson said, the growth rate still needs to be further reduced and she hopes current trends continue.

"This week we're doing pretty good with our cases but we're still higher than we want to be," Larson said.

Recent numbers per day have dropped on most days in Hill County, although the numbers listed Friday evening were back up, 33 new cases confirmed.

That dropped to nine cases in Saturday night's report and 10 cases Sunday.

Sunday's report listed 260 active cases in the county, with the number of hospitalizations being reviewed, and 26 deaths in the county.

At the board's second meeting of the day members discussed a possible amendment to Larson's health officer order that would allow private sports organizations to operate in a similar way that school sports do.

Larson said organizations would need to submit robust plans to avoid spreading COVID-19 and work with the department to make sure those plans were sufficiently robust and properly enforced.

"It's a way to have these events continue like the schools do but in the safest way possible," she said.

The amended language itself reads, "All decisions-making authority shall remain with the local organized youth activities, in compliance with plans provided by those organizations."

Larson said the Havre Youth Hockey League, around which discussion of the amendment primarily revolved, had a very good plan and had worked with the department to make sure it was good enough.

Havre Youth Hockey President Dominique Preputin said their COVID-19 plan has been revised many times and she believes they can manage their events to be safe.

"We have one of the biggest areas available for sports," she said, " ... we have people who signed up to work security, to ask people to wear masks and ask them to social distance, to give them a warning and then, if they're not going to follow our policy, we would them ask them to leave our facility and have them watch live on Facebook."

Preputin said they've broken kids up into groups to keep contacts as few as possible and they sanitize surfaces multiple times a day.

She said they have information on other rinks and their requirements so they can be prepared when they travel.

Larson said based on everyone whose contacted her she thinks there are no major objections to the amendment and she would be comfortable with making it.

Hill County Commissioner Mark Peterson said youth athletic leagues should look at the documents submitted by the hockey league for guidance on writing their own, but to be aware that it is a living document.