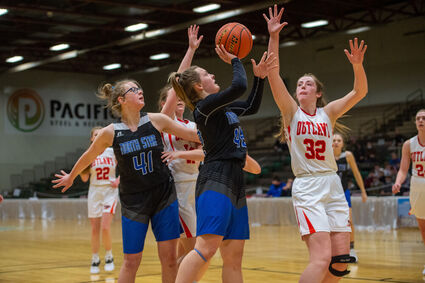 After losing to Fort Benton in the Northern C Divisional Girls Basketball Tournament championship game Saturday, North Star was looking to rebound against Roy-Winifred in a challenge game for a chance at state.

However, North Star fell, 47-34, to Roy-Winifred Monday at the Great Falls Four Seasons Arena. North Star's season is now over, but North Star head coach Jennifer Wendland believes her team surprised many, including themselves.

"If I would have asked them at the beginning of the season if we'd be here in this game, I don't think any of them would have said yes," Wendland said. "...