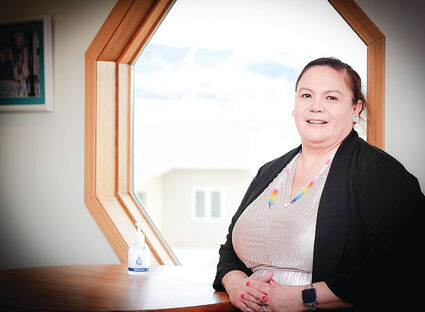 DENVER - Stone Child College President Cory Sangrey-Billy was awarded the Tribal College and University Honoree of the Year by The American Indian College Fund in an online ceremony April 5.

Sangrey-Billy received a $1,200 honorarium sponsored by The Adolph Coors Foundation for her dedication to her tribal college community.

Born and raised on Rocky Boy's Indian Reservation in Montana, where Stone Child College is located, Sangrey-Billy said it was h...