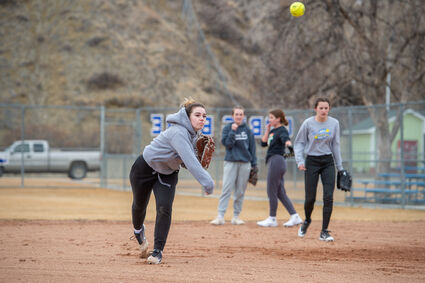 The Havre High girls fastpitch softball team has gotten in plenty of practice at the Sixth Avenue Memorial Field, but the Blue Ponies have only played road games so far this season. On Saturday, that was supposed to change with a Northeast A doubleheader against the Miles City Cowgirls. However, late Thursday night, it was announced that the games had been postponed and will be made up May 4 in Havre.

After nearly two years, girls fastpitch softball was set to finally return to Havre when the Havre High softball team had a pair of games against Miles City this Saturday.

Unfortunately for the Blue Ponies, they will have to wait a little longer as both their games this Saturday were canceled.

The Ponies' home opener will now take place April 23 when they host Hardin.

Havre came into the season with a young team that had not played in nearly two years. After five non-conference games to start the season, HHS head coach Tony Vigliotti believes his team is ready to play more meaningful ga...