A statue tells a Shriners story 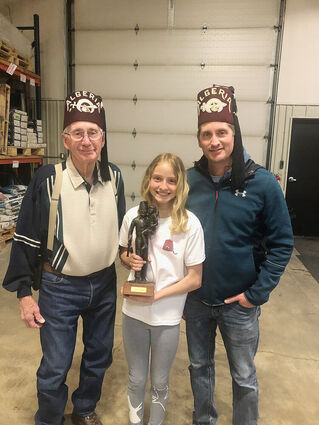 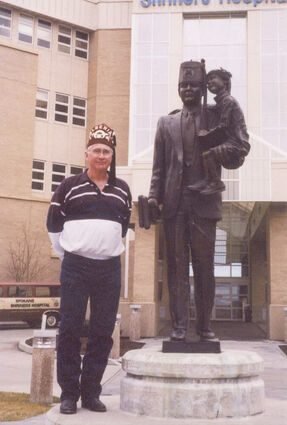 Shriner Bob Brandon stands at the Spokane Shrine Hospital next to a statue crafted by an anonymous North Central Montana Shrine Club member.

The group photo shown here has a story about the North Central Montana Shrine Club, featuring Grandpa Bob Brandon, father, Kelly Brandon and his daughter Macy Brandon, a former Shrine Hospital patient who was helped by repairing a broken arm that was not healing.

The miniature bronze statue is one of only 41 limited editions by an anonymous local Shrine artist. Instead of selling the bronze statue to Bob Brandon, he directed Brandon to send the money to the Spokane Shrine Hospital and request that Macy Brandon's name be entered in the Gold Book for helping fund our great hospitals.

The Spokane Hospital has one of the six full-sized statues in the United States, all made by the local artist.

Shriners help any child who needs orthopedic or burn treatment, and they fund the hospital by making money in many ways. One of these is the sale of Sweet Vidalia Onions, coming up this month.