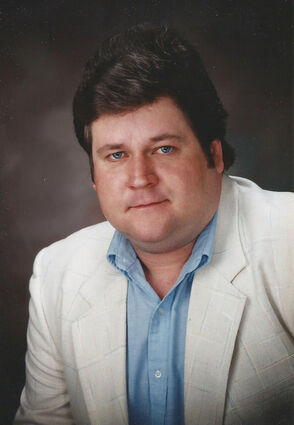 Cremation has taken place at Schnider Funeral Home in Great Falls. A celebration of life will be held at a later date. Information will follow once details are finalized.

Tom was born on November 2, 1956, in Havre to William and Helen Farnham. He attended grade school and middle school at St. Jude's and Havre High School, where he graduated in 1975.

Tom married Valerie Brostrom on July 16, 1977, and they continued to live and work in Havre.

Throughout his adult life, Tom worked primarily in the printing business, working at Floren's Hill County Printing and then Griggs Printing, until he made the switch to managing the Havre Eagles Club.

Over the years, he was involved in many activities in the Havre area. He was active in the Eagles Club, booking bands and other entertainment and setting up tournaments for many years before becoming the manager.

After becoming involved with the Eagles, he also served numerous years on the board of directors of Eagles Manor, serving as president for many years before stepping down.

Tom served on the Great Northern Fair Board for a number of years and, once the Fair Foundation was started, he was also active on its board.

Tom served on the Havre City Council for eight years, where he worked on labor and negotiations, among other areas.

Tom was actively involved with the Hi-Line Tavern Association, where he was currently serving as president.

For the last few years, Tom also had been chairman of the Community Christmas Dinner.

In addition to his involvement in these activities, he also worked with many people over the years in setting up and holding benefit dinners and auctions. He always had a ready smile and enjoyed visiting with people at the many social functions he attended.

Tom enjoyed being active and loved to hunt, fish and camp in the Bear Paws.

Tom was preceded in death by his parents and a nephew, Mark.

Memorials may be made to Friends of Beaver Creek Park, PO Box 2604, Havre, MT 59501; please attach a memo for "Tom Farnham Memorial."