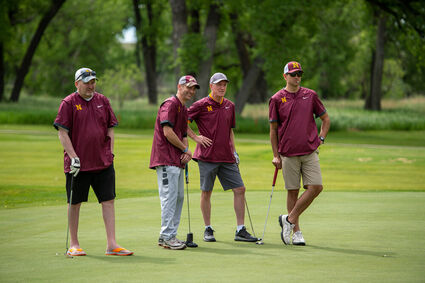 I know everybody loves a good scramble. But, scrambles aren't the only fun golf tournament format, and this past weekend's Northern Golf Tournament at Prairie Farms proved just that.

Traditionally, that tourney has always been a four-person scramble, but, this year's event, which raises money for MSU-Northern Athletics, was altered some, including playing an alternate shot format on Par 5's and best ball on Par 3's, while keeping the scramble format for all four Par 4's. And as someone who has been playing tournament golf in Havre for more than 20 years now, I'll just say, Saturday's forma...