Oliver Benjamin loves being one of the boys of summer 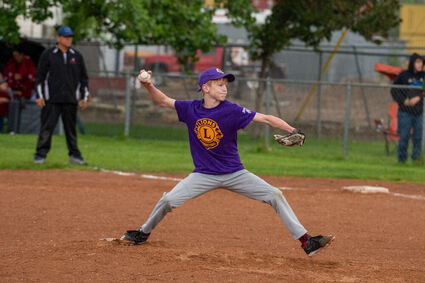 The Havre Lions finished off their season with a 3-2 win over Chinook in the Havre Youth Baseball Association Minors championship game last Thursday. One player who made an impact in the victory was pitcher Oliver Benjamin. He started the game and pitched the first few innings where he did not allow any runs. This allowed the Lions to build a 3-0 lead in the first three innings that they held onto for the win.

"It felt pretty good," Benjamin said about winning the championship.

Benjamin originally got into baseball thanks to his father who played catch with him when he was younger and e...