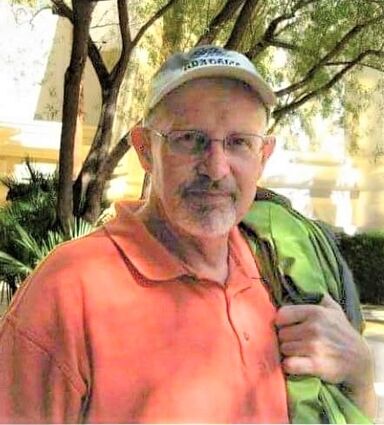 A celebration of Butch's life will be held at 11:30 a.m. on Thursday, October 14, 2021, at St. Jude Thaddeus Catholic Church with Tim Maroney officiating.

Butch's family has suggested memorial donations be made in his name to Railroad Pagers, Friends of Beaver Creek Park or to the charity of the donor's choice.

Please visit Butch's online memorial page and leave a message of condolence for his family at http://www.hollandandbonine.com .

Butch was born March 17, 1954, to Jerold "Bud" and Rhoda Albertson in Havre. Butch attended Havre High School graduating in 1972. He started with Burlington Northern shortly after graduation and continued his career with BNSF retiring in 2015 as an engineer. He was a dedicated Railroad Pager. He worked part-time along side his parents, brother, and sister-in-law at the family business, Altec Graphics, as a screen printer. He continued working for Altec after the family sold it until it permanently closed in 2013.

Butch married Merry Ward on June 29, 1974, in Havre, and to this union Ryan was born. The couple later divorced.

On July 15, 1978, Butch married Polly (Braley) Dawson in Havre, and this union brought Scott and Ryan together as brothers. To this union Jimmy was born.

Butch was an avid golfer and racquetball player, traveling for racquetball tournaments with Polly by his side. He was a die-hard Seahawks fan. His nine granddaughters and one grandson were his pride and joy.

Butch was preceded in death by his wife, Polly, in 2019; his parents, and sister Rhonda.