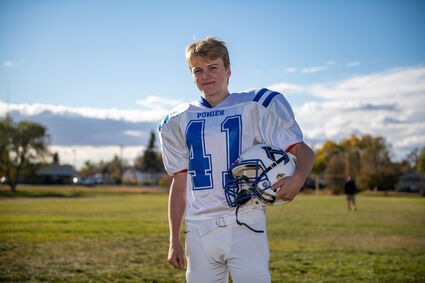 Foreign exchange student Lukas Fahl joined the Havre High football team as the Blue Ponies' new kicker. Along with playing American football, Fahl looks to experience other aspects of American culture as he is in Havre for 10 months before going back home to Denmark.

Adjusting to a new home can be difficult for everybody, especially if it's a new country. But Havre High foreign exchange student Lukas Fahl has made a quick adjustment after joining the Havre High football team as the new kicker. Fahl decided to play for the Blue Ponies because it would be different and he had experience kicking in soccer back home in Denmark.

"I need to learn new things and I had not played American football before," Fahl said. "I'm lucky I can be a kicker because I played soccer for many years."

Fahl is originally from Copenhagen and arrived in Havre about three month...