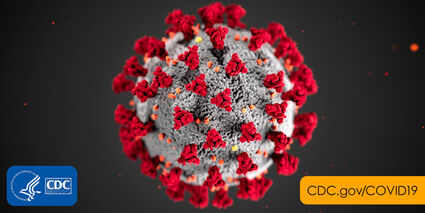 For the second year in a row, St. Jude Thaddeus School's Pumpkin Patch fundraiser has had to be canceled due to COVID-19 as students in its upper grades move into remote learning for the remainder of the week.

St. Jude Thaddeus School Principal Katie Kopp said Friday a few students in the upper grades tested positive for COVID-19, and with the amount of close contacts they had the school had to move students grades five through eight to remote learning through this week.

Kopp said the plan is to have these students back in class Oct. 25, but their absence has affected schedules and events including the Pumpkin Patch.

She said the school was hoping to merely postpone the event, but the event's primary organizer, Home and School Association President Patricia Blanchard, said with Halloween coming up there wasn't enough time to hold the event, so it had to be canceled.

Blanchard, who's organized the event for the last five years, said the school hasn't been able to hold any fundraisers since March of last year, but they have been able to make do with what they have.

"I wouldn't say things are great, but they're OK," she said.

The event, which was going to help fund badly needed new playground equipment, would have included a barrel train, bake sale, raffle, lawn games and, of course, a pumpkin display.

Before the event's cancellation, Blanchard said they were planning to hold a COVID-safe event by cutting out the traditional hayride, face painting and food.

Before the announcement of the event's cancellation she said she was happy to have the event back after a year away.

Kopp said despite this cancellation the school is working on other events and fundraisers in the near future.