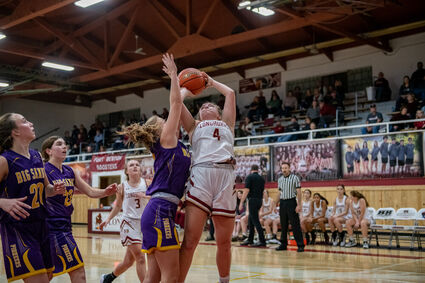 As 2021 comes to an end, Hi-Line girls high school basketball teams are hoping to end the year on a strong note. This past week, many of them competed to establish themselves in the standings.

On Tuesday night, the Fort Benton Longhorns defeated Big Sandy, 61-33, at home. The defending state champions jumped out to an early 15-2 lead in the first quarter. The Longhorns continued to keep that defensive pressure up as Big Sandy only scored six points in the second quarter.

“I think early in the season this time of year, not too many teams have seen a 2-3 zone that’s going to look like...