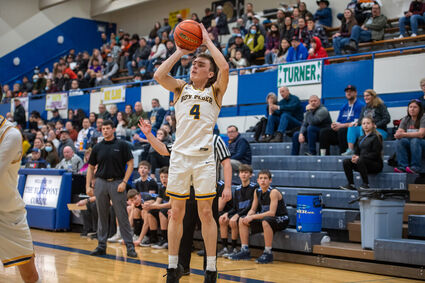 In the closest game of the first day of the District 9C boys basketball tournament, the No. 3 seed Box Elder Bears and No. 6 seed North Star Knights played hard Wednesday night at Havre High Gymnasium. Both teams played hard with both squads taking the lead throughout the night. But the Bears were able to grab the lead in the second half as they went on to win 70-62.

"You got to give credit to North Star. They were well prepared. They came out firing and took it to us early," Box Elder head coach Jeremy MacDonald said. "We had to battle back there. Proud of them and we stayed focused and...