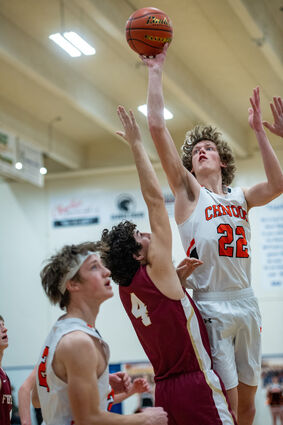 In a rematch of last year's championship game, the Chinook Sugarbeeters and Fort Benton Longhorns met up at Havre High Gymnasium Wednesday for the District 9C boys basketball tournament. Last year, the Longhorns won their second straight district title but Wednesday Chinook got the better of them with a 63-33 victory.

"We came out the exact way we wanted to," first-year Chinook head coach Chad Jones said. "All year long, we've used our defensive intensity to generate our offensive momentum and so we did that today."

The No. 4 seed Sugarbeeters came out strong as a pair of buckets from Os...