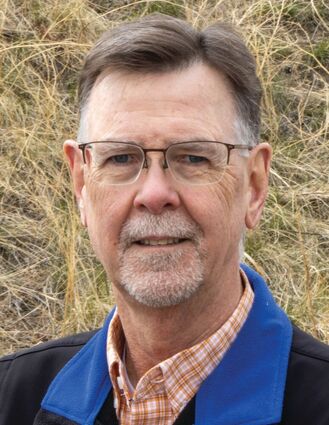 Odegard, who's lived in Havre since 2002, said he's been thinking about running for two years now and filed as an independent because he believes the positions should be non-partisan.

He said he's been an active member of the community since his family moved to the area and he wants to lend his services to the community, which is how he sees the commissioner's position, as a service.

He said he wants to bring a new attitude to the commission and change the environment for the better, and he believes he has the education and skills to do that.

Odegard has a degree in finance from Eastern Montana College with a minor in economics, an accounting degree from Rocky Mountain College and a certificate in pastoral counseling from Liberty University, though he stressed he is not a counselor.

He said he's been very involved in the community, particularly in youth baseball, and also served on the 4-H Foundation Board.

Odegard also served on the Havre Public Schools Board of Trustees. He was elected in 2008 but resigned in 2009 after his wife, Maureen, became principal at Highland Park Early Primary School

He said the community has given back to him and his family over the years and he wants to return the favor.

Odegard said he first moved to Havre because it offered him and his family more opportunities in terms of education, with Montana State University-Northern right in town, and recreation, with the Bear Paw Mountains close by.

He said that, when he was younger, he drove through the town many times, hauling grain for the family farm north east of Scobey, but it's not until getting off First Street that people see what the community really has to offer.

Politically, he said, his family has historically been Democrats, but he described himself first and foremost as a moderate, using the terms "moderate liberal," and "moderate Republican."

"We don't have many moderates anymore, or at least they're not standing up and speaking out," Odegard said.

He said he believes in fiscal responsibility and using taxpayer money effectively, and labeled allocating American Rescue Plan Act funds one of his top priorities.

He said he hopes some of those funds can be used for infrastructure and he thinks the commission should be looking into using that money as effectively as possible.

However, Odegard said, the certification of the Milk River Levee is the issue on the forefront of his mind.

The levee, which was completed in 1957, was designed to prevent destructive flooding that often devastated the area.

However, after inspections in 2014 and 2015, the U.S. Army Corps of Engineers said the levee did not meet their standards. Problems with the levee include structures being built too close or against the levee and trees growing on it.

If the levee isn't certified by the Corps, people determined to be in a floodplain will be required to buy flood insurance, a significant financial hit for many in the community.

Odegard said he doesn't know his Democratic opponent at all but does know Republican incumbent Diane McLean a little bit, through her time as commissioner and his time on the 4-H Foundation Board.

He said he doesn't have any particular criticisms of either one, but believes he is the best person for the job, and it won't take long for him to get the hang of the position.

He did bring up some issues at the commission he believes need to be addressed.

Odegard said he thinks the commission needs to be more proactive instead of reactive, a problem that is sadly common in many public entities and businesses.

He also said he feels the county needs to build a better working relationship with the city of Havre, and improve relations between themselves, the community, Rocky Boy's Indian Reservation and their workforce.

He said it seems clear that Hill County employees don't trust the commission and he thinks he's good at listening and finding solutions to conflicts like this, acknowledging the perspectives of everyone and dealing with the issue at hand.

"The only way we're going to do good work in this county is to have good workers," he said.

Odegard said employees need to be trained, paid well and trusted to do their jobs without interference.

He said the county's department heads are knowledgeable, talented people and know what they're doing.

Odegard also talked about the possibility of creating more flexibility in employee schedules, noting Havre Public Schools discussed moving to a four-day week at some point.

Doing that next fall was voted down at recent Havre school board meetings.

Odegard said the teachers and administrators he's talked to are on board with the idea but some have understandable concerns about having their children home alone for a full day, and flexible schedules may help that significantly.

Odegard said this approach may also have significant benefits from the mental health perspective, and that having a happy workforce will increase their efficiency and save the county money.

He said, as a baby boomer, his generation was taught to work rigid, often long hours, but younger generations want a different lifestyle and they should be listened to.