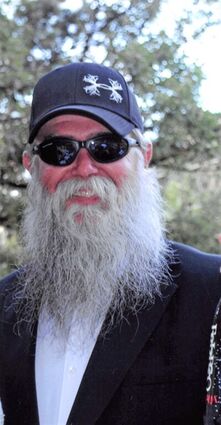 Cremation has taken place, and a memorial service will be held at 10:00 a.m. Monday, July 18, 2022, at Van Orsdel United Methodist Church with Pastor Sue King officiating.

His family has suggested memorial donations be made in Jack's memory to the charity of the donor's choice. Holland & Bonine Funeral Home has been entrusted with services and arrangements. Please visit Jack's online memorial page to send a card or leave a message of condolence for his family at http://www.hollandbonine.com.

Jack was born to Curtis and June (King) Gingery May 24, 1955, in Valentine, NE. His early years were spent in White River and Kennebec, SD. The family moved to Hill City, SD, in 1969, where Jack played football and ran track. He excelled in the discus with many first places and a trip to State. He graduated from Hill City High School in 1973.

While in high school, Jack met his future bride, Jeanne. The couple married August 17, 1974, at the Little White Church in Hill City.

After some college and a short stint at Stauter Lumber, Jack became an apprentice electrical lineman in the Missouri Valley Apprenticeship Program. He became a journeyman lineman, and after several years of following line construction, the family settled first in Dillingham, AK, then Glendive, MT, with WAPA. They transferred to Havre in 1996, and Jack retired in 2020 after 38 years.

Jack was "the best Dad ever" to Phil (1978) and Wes (1980). The boys were Jack's pride and joy. They hunted, camped, hiked, rode motorcycles, and everything else they could think of, usually with a pup present for their adventures. He had always wanted a daughter, and was blessed with five granddaughters and a grandson who slipped in last. Jack was very proud of his grandchildren, and loved them all dearly. He always had something going, whether it was riding motorcycles, racing drag cars, building longbows, or shooting archery. Jack enjoyed woodworking, and each grandchild has something he made.

He was preceded in death by his parents, Curtis and June Gingery.

Hug someone today ... you never know when it will be your last chance.