The Pro is now Dyllan's Pizza 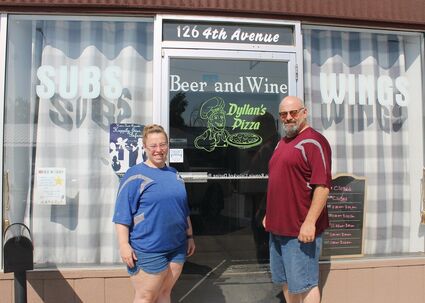 Shana and David Murray pose for a photograph Wednesday outside of Dyllan's Pizza. The couple bought and changed the name of The Pro at 126 Fourth Ave.

The Pro is now Dyllan's Pizza and is under new ownership with husband and wife team David and Shana Murray at the helm of the pizza restaurant.

David Murray, formerly a school administrator in Harlem, said he became frustrated with his job there and resigned, and his wife heard that the previous owners of The Pro were retiring and they took the opportunity to make a change.

"She happened to be eating in here one night, found out they were retiring and asked them what they planned on doing with the place," he said.

Shana Murray said one of the previous owners, Bruce Flathers, who ran the...