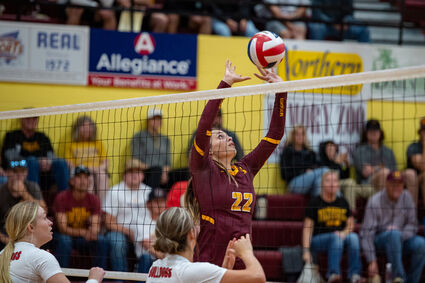 The Montana State University-Northern volleyball team plays its first full weekend of the regular season with a tournament in Surprise, Arizona, this weekend.

Last weekend was a tune-up that included a season-opening road win and some exhibition volleyball. Now however, the Montana State University-Northern Skylights begin the full-time grind.

Northern (1-0) opens its full preseason schedule at this weekend's OUAZ Volleyball Tournament in Surprise, Arizona, where head coach Jerry Wagner's club will play four matches in two days. The tournament in Arizona is Northern's last out-of-state trip for the season, as the Skylights prepare the Frontier/North Star Challenge at the Armory Gymnasium in two weeks.