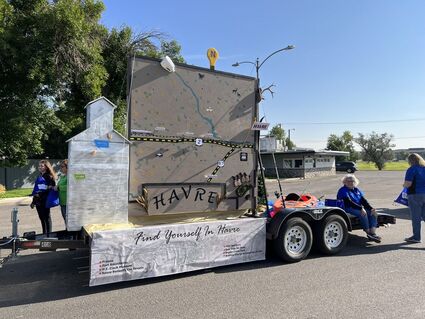 The Triangle Commummunications Hill County float sits ready to participate in Saturday's Festival Days parade. The float won both Mayor's Choice and Best Commercial Float in the judging before the parade.

Havre Area Chamber of Commerce Director Jessica Fagerbakke has announced the winning floats from the judging before the Festival Days parade.