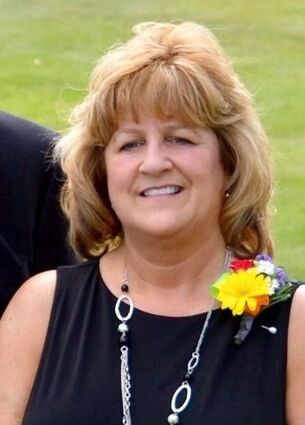 Her memorial service will be held at 2:00 p.m. October 22, 2022, at First Lutheran Church in Havre, Montana, with Pastor Michael O'Hearn officiating.

Lynn was born February 25th, 1959, to Lowell and Irene "Shorty" Stuart in Havre, Montana. She was the youngest of four kids. She attended school as a Gildford Bronc until 1972, when the school consolidated with the Kremlin Foxes, forming KG, where she graduated from in 1977. That is where Lynn met the love of her life, Rick.

On Lynn's 19th birthday, she and Rick were married. They lived a couple of years in Kremlin, where they had their first daughter, Tiffany. In 1981, they moved south of Kremlin to the family farm, where she still resided at the time of her death. In 1983, their second daughter, Ashley, came along. Lynn loved being a farmer's wife and stay-at-home mom to her girls.

In August of 1994, Lynn began working for the United States Postal Service as the postmaster relief in Kremlin. She found so much joy working and visiting with all of the people in the small community she grew up in. After 20 years of working in Kremlin, three as postmaster, she relocated to the post office in Havre, which only extended the network of people whose lives she touched.

If you had the pleasure of meeting Lynn, you quickly learned of her unselfish love by the way she treated people. She always put everyone before herself. Most of all, she absolutely cherished her entire family, especially her two daughters and three grandchildren. Lynn always remembered a family member's birthday, and found so much pleasure in shopping for gifts. She would sometimes be so excited for the gift that she "just couldn't wait" any longer and many (especially her daughters and grandchildren) were spoiled with Christmas presents in July!

Words cannot describe the pain and void that have been left with Lynn's passing. She touched the lives of so many people, and was a trusted confidant to her friends and family. We will forever cherish the many fond and loving memories of her. She will be dearly missed and never forgotten.

Lynn was preceded in death by her parents, Lowell and Shorty Stuart, nephew Josh Rambo and infant brother David Stuart.

Memorials or donations in Lynn's honor can be made to North Star Alumni Foundation, American Red Cross-Montana Chapter or to a charitable organization of your choice.

Please visit Lynn's online memorial page to send a card or leave a message of condolence for her family at http://www.hollandbonine.com .