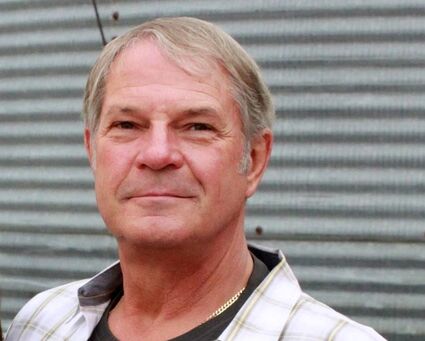 LaNay Norman Kapperud of Gildford, 71, passed away unexpectedly on October 28th, 2022. His family, friends and community are shocked and deeply saddened by his passing.

LaNay was born October 14th, 1951, in Havre, Montana, to his parents, Norman and Donna (Qualey) Kapperud. He was raised on the family farm north of Gildford and attended a one-room country school then transferring to Hingham High School graduating in 1969. He attended MSU Bozeman and returned to Gildford to work on the farm.

He met Cathy Lang in Havre and went on their first date November 4th, 1983. The couple married May 17th, 1986, in Havre, MT, at the First Lutheran Church. Together, they made their home and raised a family in Gildford. They raised six children together and if there was anything LaNay loved, it was his family.

LaNay was a people person, if you were in a crowd of people, it was guaranteed that LaNay would know them all by the end of the night. He was the Hi-Line handyman. He could fix anything! He prided himself on his farming and his family. He enjoyed flying, traveling and watching his family grow.

He was preceded in death by his parents, Norman and Donna Kapperud, mother-in-law, Marilyn Lang, and his special companion, Hazel the family dog.

The family would like to invite all who loved LaNay to his graveside service at the Hingham Cemetery at 11 a.m. November 21st, followed by the memorial service at the Havre First Lutheran Church at 2 p.m. Those who wish to send flowers or other acts of kindness please direct those to the First Lutheran Church in Havre. If you cannot attend, but wish to share a story about LaNay, please send a note to P.O. Box 192 Gildford, MT 59525.