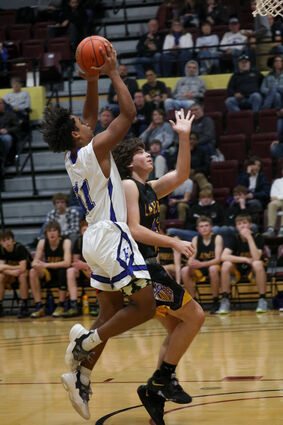 Tre Gary and the Havre High boy's basketball team lost, 58-49, to Billings Central on the road this past Saturday. The loss dropped the Blue Ponies to 1-1 on the season.

The Havre High boys basketball team was on the road this past Saturday with a game against Billings Central. The Blue Ponies played well in the first half to keep pace with the Rams. But in the second half, the Rams pulled away to defeat the Ponies 58-49.

"Basketball's a game of runs and I felt like they had a few more runs that we did," HHS head coach Walynn Burgess said. "It was a real hard-fought game, back and forth, and we knew they were going to give us their best shot."

Despite the loss, there were some bright spots for the Ponies in the game. Shane Patacsil played well as he led...