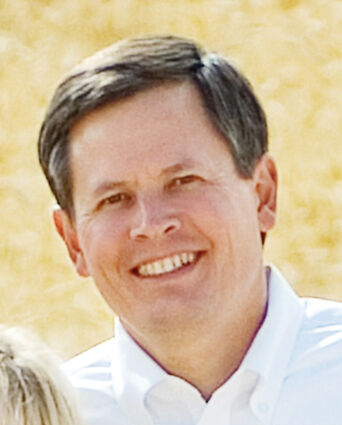 BOZEMAN - U.S. Rep. Steve Daines announced Wednesday that he will run for Senate in 2014, giving Montana Republicans a candidate they believe has a strong chance at winning the state's first open Senate seat in decades.

Daines released a video announcing his candidacy shortly before launching his campaign in Bozeman by criticizing the Senate for supporting President Barack Obama and his signature health-care law.

"Obamacare is a failing law that Montanans don't want and the country cannot afford," Daines told a room of supporters. "We can no longer stand a U.S. Senate that stands with President Obama rather than the people of Montana."

The race may help determine which party controls the Senate, with Republicans needing to pick up six seats to recapture the majority.

Many Republicans had pushed Daines, 51, to run for the seat being vacated by Democrat Max Baucus, even though Daines won his first election just a year ago. Other Republicans cleared out of the race for Daines, who already has raised more than $1 million to begin the campaign.

Daines came out of the gate with a familiar message of less federal government, reduced spending, gun ownership rights, more energy development and logging on federal land and reform of federal programs.

But Daines said in his announcement that any changes to benefits for seniors, like Social Security and Medicare, need to protect current seniors.

Democrats recruited Lt. Gov. John Walsh to run. The former Montana National Guard commander also has been in office for less than a year.

The Walsh campaign welcomed Daines to the race by criticizing his votes with the House GOP, which has been blamed by many for the federal government shutdown that came with members opposing the new health care law.

"Instead of taking responsibility for his reckless decisions as a Washington politician, he is asking for a job promotion," Walsh campaign manager Michelle Mayorga said.

Former Lt. Gov. John Bohlinger, 77, joined the race with an impromptu announcement Tuesday night. The former Republican, who will run as a Democrat, was critical of Daines for his role in the government shutdown.

"I don't need a new job. But I feel as though I am the person to beat Daines," Bohlinger said.

Daines initially supported the effort by House Republicans to reject any increase in the nation's debt limit. But he later voted to end the shutdown based on reaction from Montana constituents.

Daines said in an interview Wednesday that Montanans don't want government shut down. He said he would work to repeal "Obamacare" without supporting future shutdowns.

Daines said his politics are conservative, but he resisted a tea party tag as an unnecessary label.

"I stand for the principle of limited government, lower taxes, lower spending and less federal intrusion in our lives," Daines said. "I am going to continue to stand for the people who sent me back to Washington."

Daines, a businessman prior to last year's election win, worked overseas for the consumer goods giant Procter & Gamble before returning to his hometown of Bozeman to work in the family construction business, and then at a local technology company.

In 2008, he unsuccessfully ran for lieutenant governor on a losing gubernatorial candidate's ticket.

Republicans like their chances in the GOP-leaning state. Montana is one of the largely rural states being targeted by the GOP where President Barack Obama lost in 2012. History shows the sitting president's party typically loses seats during the midterm elections during a second-term.

But Democrats point out that despite Obama's poor showing in Montana in 2012, they won a tightly contested U.S. Senate race in Montana and the governor's office that year.

Montana State University political scientist David Parker said Daines may have an edge at the start because he has won a statewide race before, and because the midterm elections should favor Republicans.

But early polling shows many voters know little about any of the candidates, which Parker said could lead to an early blitz of advertising in an effort to shape public opinion.

"There is definitely room for all candidates to get known," Parker said.

Copyright 2013 The Associated Press. All rights reserved. This material may not be published, broadcast, rewritten or redistributed.