Tester on Obamacare: 'I don't know what's going to happen' 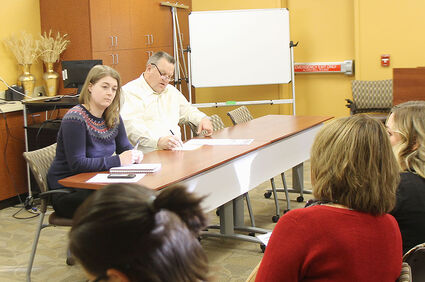 Montana's senior U.S. senator was in Havre at Bullhook Community Health Center Tuesday collecting input on the Patient Protection and Affordable Care Act to be ready when Republicans bring the possibility of repealing Barack Obama's signature health care reform to a vote Jan. 4.

"The whole thing is, I don't know what's going to happen," Sen. Jon Tester, D-Mont., told a group including more than 20 people from the health care industry during Tester's health care round table in Havre.

Republicans have said they plan to have legislation repealing the act - commonly called Obamacare - on Don...