Trump announces US will exit nuclear accord with Iran 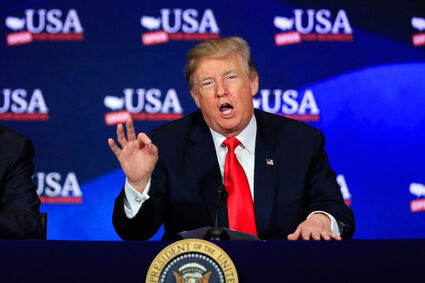 President Donald Trump speaks May 8 during a roundtable discussion on tax reform at Cleveland Public Auditorium and Conference Center in Cleveland, Ohio. Trump announced today the U.S. will pull out of the landmark nuclear accord with Iran.

WASHINGTON (AP) - President Donald Trump announced today the U.S. will pull out of the landmark nuclear accord with Iran, declaring he's making the world safer but dealing a profound blow to allies and deepening the president's isolation on the world stage.

"The United States does not make empty threats," he said in a televised address from the White House Diplomatic Room.

His administration says it will reimpose nuclear sanctions on Iran immediately but allow grace periods for businesses to wind down activity so they don't violate the sanctions.

The Treasury Department says there will b...