Ed Asner to act with MAT in Havre 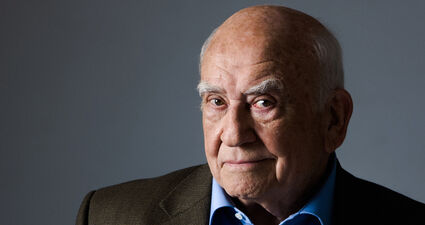 Ed Asner poses for a photograph. Montana Actors' Theatre announced tonight Asner will be acting in Havre with MAT actors in October in "God Help Us.

The local acting troupe is bringing some outside talent in for a show this season, straight from Hollywood,

Ed Asner of "The Mary Tylery Moore Show" and "Lou Grant" fame will be acting in Havre with two Montana Actors' Theater veterans in "God Help Us," Rachel Dean of MAT announced tonight.

"That's right, the Ed Asner," Dean said. "OK, for you young ones out there who aren't going to understand who that is, think 'Elf,' think Santa, Santa is coming to town to do a show with us. That is pretty awesome."

Dean made the announcement while listing the upcoming season of MAT during intermiss...